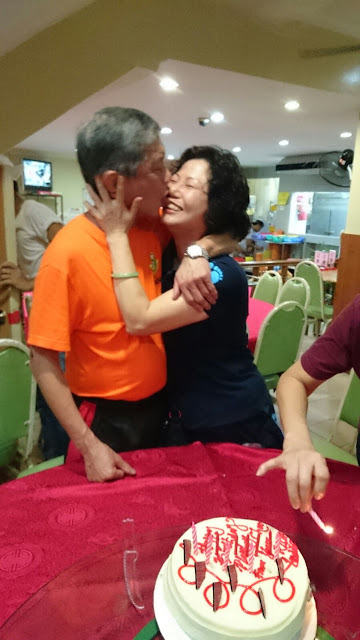 Posted by Royal Lake Club Harriers at 18:00 No comments:

Posted by Royal Lake Club Harriers at 18:00 No comments:

Posted by Royal Lake Club Harriers at 17:00 No comments:

As we gathered at the Quadrangle, we wondered who the hired hares were
since the two hares were truly Hash virgins. Then at 6.00pm, Buta Buta
GM Woon came and gave a lame excuse about not being able to run and
that his "mah chai" CKLeong would do the honours.

Off we went up the slope and then towards Parliament House ... but
hold it, there was a check and soon we went into the murky darkness of
the Dragon Trail, a pale shadow of its former glories. We had no
choice but to walk through muddy paths and then a right turn towards
unfamiliar jungle. On and on we went and then we spied Jalan Gallagher
and we were led round a merry path.

Later, we saw the folly of our endeavours and soon came running back
to the Club. FROP was, of course, Quiksilver Fox, pursued by Wendy Lum
and Arthur Hoi. Official time was 65 minutes.

The Circle at the Poolside air-con room was, as to be expected.
hilarious and funny with all and sundry being punished one way or
another.

We then adjourned to Bunga Raya where some bottles of wine and a
bottle of gin (courtesy of Peter Leong) awaited. And we dined and we
wined and we had a jolly good time.

Exciting Next Week
The next run (on Deepavali Day, a public holiday) is in the wilderness
off the old road to Ipoh and hosted by our own Buta Buta GM and his
lovely wife, Jenny. 5.00 pm
Posted by Royal Lake Club Harriers at 18:00 No comments: